The T2-weighted image show a cavernous malformation as heterogeneous and “popcorn-like” with a mixed signal intensity core and a hypointense hemosiderin rim. 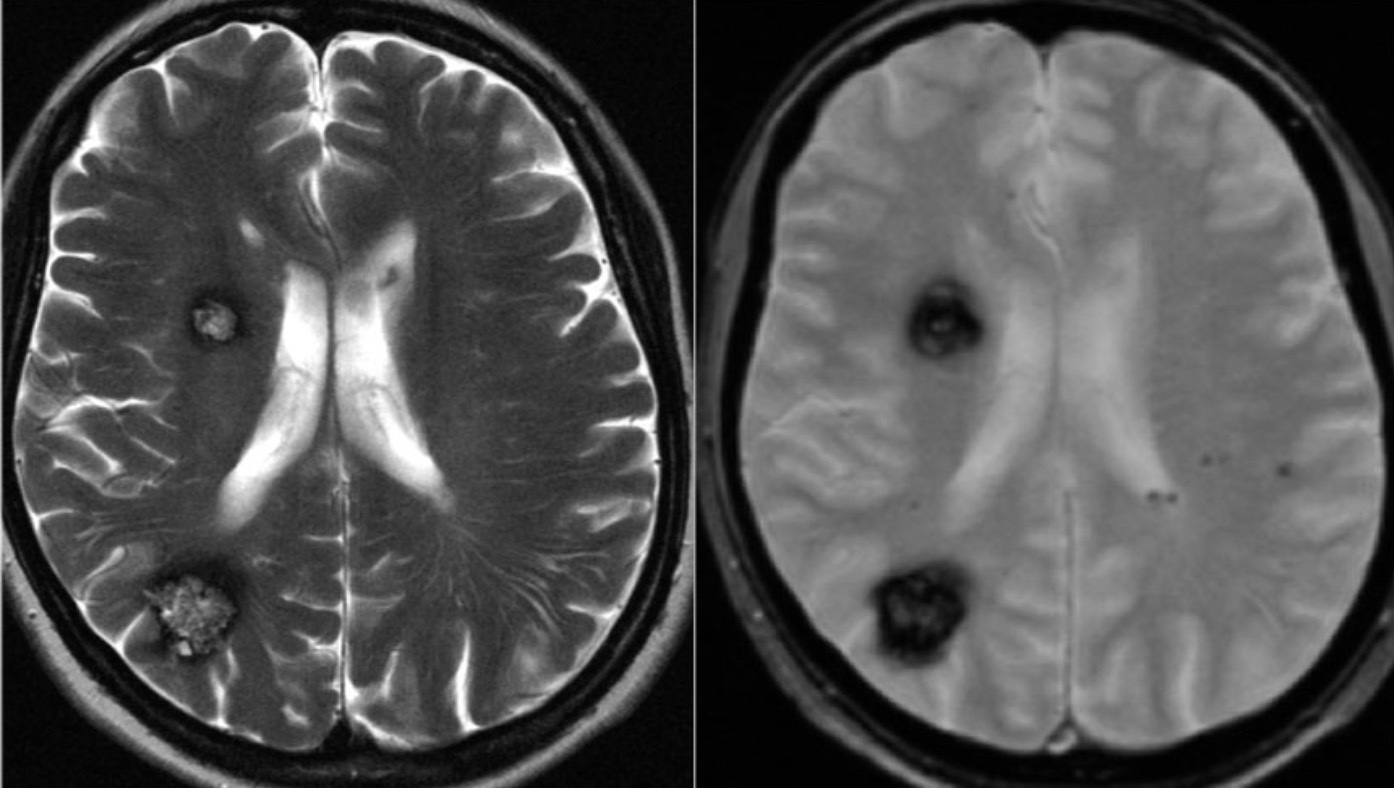 T2WI and T2* gradient echo show multiple cavernomas. Notice the popcorn appearance with peripheral rim of hemosiderin on the T2WI. The lesions are almost completely black on the gradient echo due to blooming artefacts. T2* and susceptibility weighted imaging (SWI) markedly increase the sensitivity of MRI to detect small cavernomas. The five black dots in the left cerebral hemisphere on the T2* are also cavernomas and are not visible on the T2WI.

In ten studies comparing extended hemosiderin excision with only lesion resection were identified by searching the English-language literature. Meta-analyses, subgroup analyses and sensitivity analysis were conducted to determine the association between hemosiderin excision and seizure outcome after surgery.

Previous works showed that extent of resection and its surrounding hemosiderin rim were found to consistently correlate with a more favorable post-operative seizure-free outcome 2) 3).

Complete CM removal was documented by postsurgical MRI in all patients. As direct consequence of iopMRI, refined surgery was necessary in 11·5% of patients to achieve complete cavernoma removal and in another 11·5% for complete resection of additional adjacent epileptogenic cortex. Removal of the hemosiderin rim was confirmed by iopMRI in 92% of patients. Two patients suffered from mild (7·7%) and one from moderate (3·8%) visual field deficits. Complete seizure control (Engel class 1A) was achieved in 80·8% of patients with a mean follow-up period of 47·7 months 6).